Today I am welcoming Debbie Manber Kupfer to my blog.

Tomorrow I am hosting C.B.MacGillavry.


Debbie Manber Kupfer grew up in London and lived in Israel, before somehow ended up in St. Louis, where she works as a puzzle constructor and writer. She lives with her husband, two children, and a very opinionated feline. She is the author of P.A.W.S and Argentum and has short stories in several anthologies including Fauxpocalypse, Shades of Fear, Darkly Never After, Sins of the Past, and Heroes & Villains. She believes that with enough tea and dark chocolate you can achieve anything!
Connect with Debbie on her blog http://debbiemanberkupfer.wordpress.com/ or Facebook https://www.facebook.com/DebbieManberKupferAuthor . 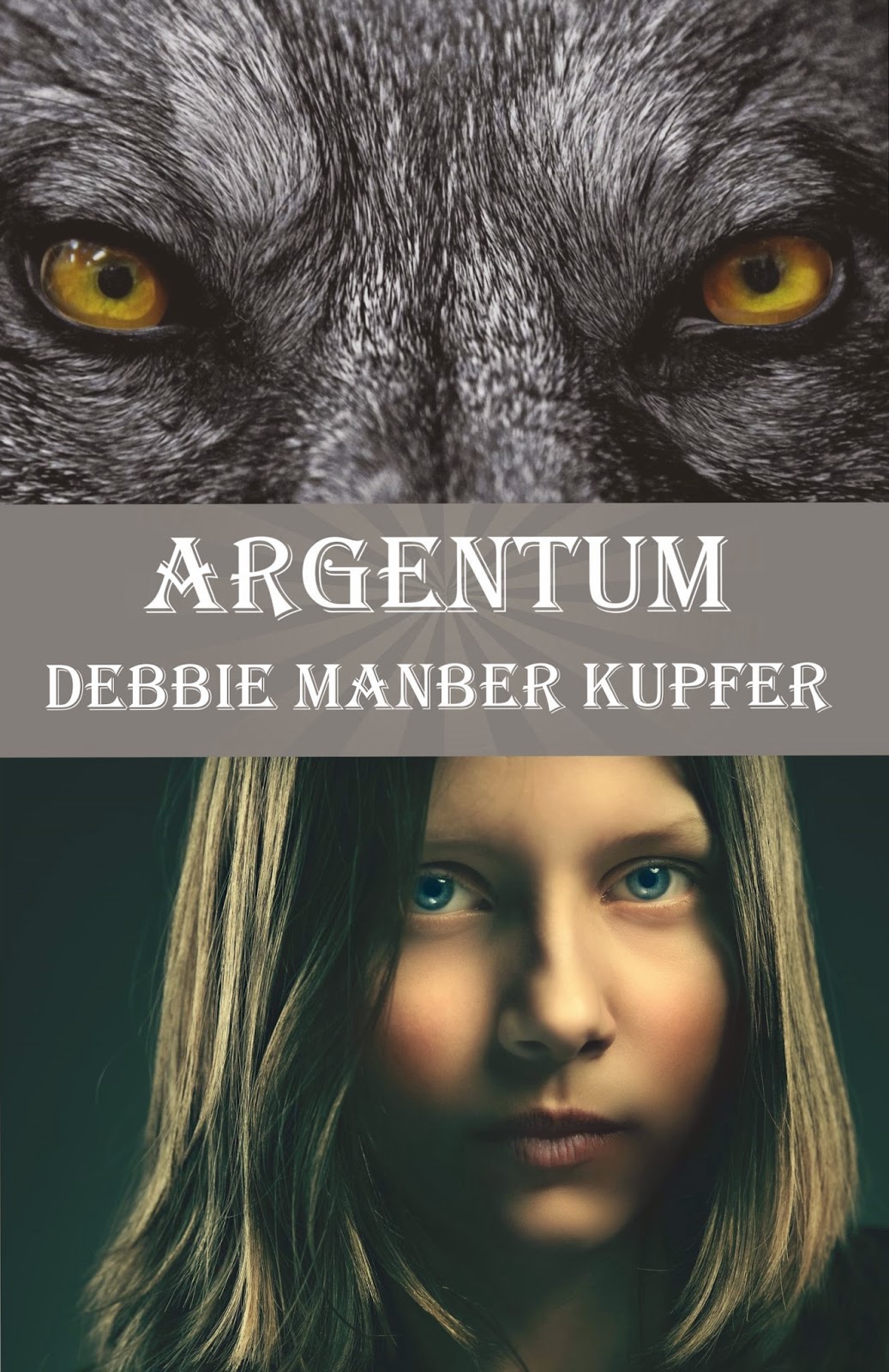 Welcome to the world of P.A.W.S. by Debbie Manber Kupfer

When Miri’s grandmother dies, she passes onto Miri a silver cat amulet. Little does she know but the charm carries the family secret, a secret that saved her grandmother from the Nazis and is about to make Miri’s life a lot more interesting.

After she is befriended by others with the same strange, magical powers, her history comes alive. And with it, Miri’s fate becomes more dangerous.

Vienna, October 20th, 1941, today was Celia’s tenth birthday. This was not how she imagined celebrating it. She was with her family - her mama Miriam, her papa David, her elder brother Issel and her baby sister Liza. They were huddled together in the back room of their tiny two-room  apartment in Grosse Spielgasse, in the dark, barely breathing.
Outside the building, the boot steps got nearer and nearer – Celia heard shouting, screaming, gunshots. She crouched down even closer to the ground, wishing that somehow they could all melt away into the shadows. Celia clutched her cat Max tightly in her arms, feeling his warmth, his soft tabby fur close to her skin, willing him to stay quiet.
Her mamma cradled little Liza at her breast, nursing her so she would not cry out. Outside the pounding footsteps get closer, closer: “Juden, Juden, Heraus, Heraus, Schnell, Schnell!!” Now they are at the door of the neighbors – the Wassersteins.  She heard crying and a single gun-shot.
Miriam beckoned to her, “Celia, mein Katzerl , come here,” she whispered, “I have something for you, for your birthday.”
Celia approached Miriam cautiously, still clutching Max to her, “What is it Mama?” she said gazing into Miriam’s blue, blue eyes – studying her prematurely wrinkled face, memorizing every crease. Mama, my mama, she thought.
Still holding baby Liza with her left hand Miriam reached round the back of her neck with her right and unclasped the chain that she always wore beneath her clothes, close to her heart. It was a silver chain with a cat charm on it. “Take this Celia, mein Katzerl, wear it always, remember I love you. Ich liebe dich.”
“I love you, Mama,” she whispered as she fastened the chain around her neck, just as the doors burst open – six gestapo soldiers rushed into their home – “Juden, Heraus, Heraus . . .” Celia watched as her family was herded out of the door . . .

The story continues in Argentum (P.A.W.S. Book 2)
In book 2 we go beyond the boundaries of St. Louis P.A.W.S. and visit the P.A.W.S. in New York, as well exploring the beginnings of P.A.W.S. in Europe. 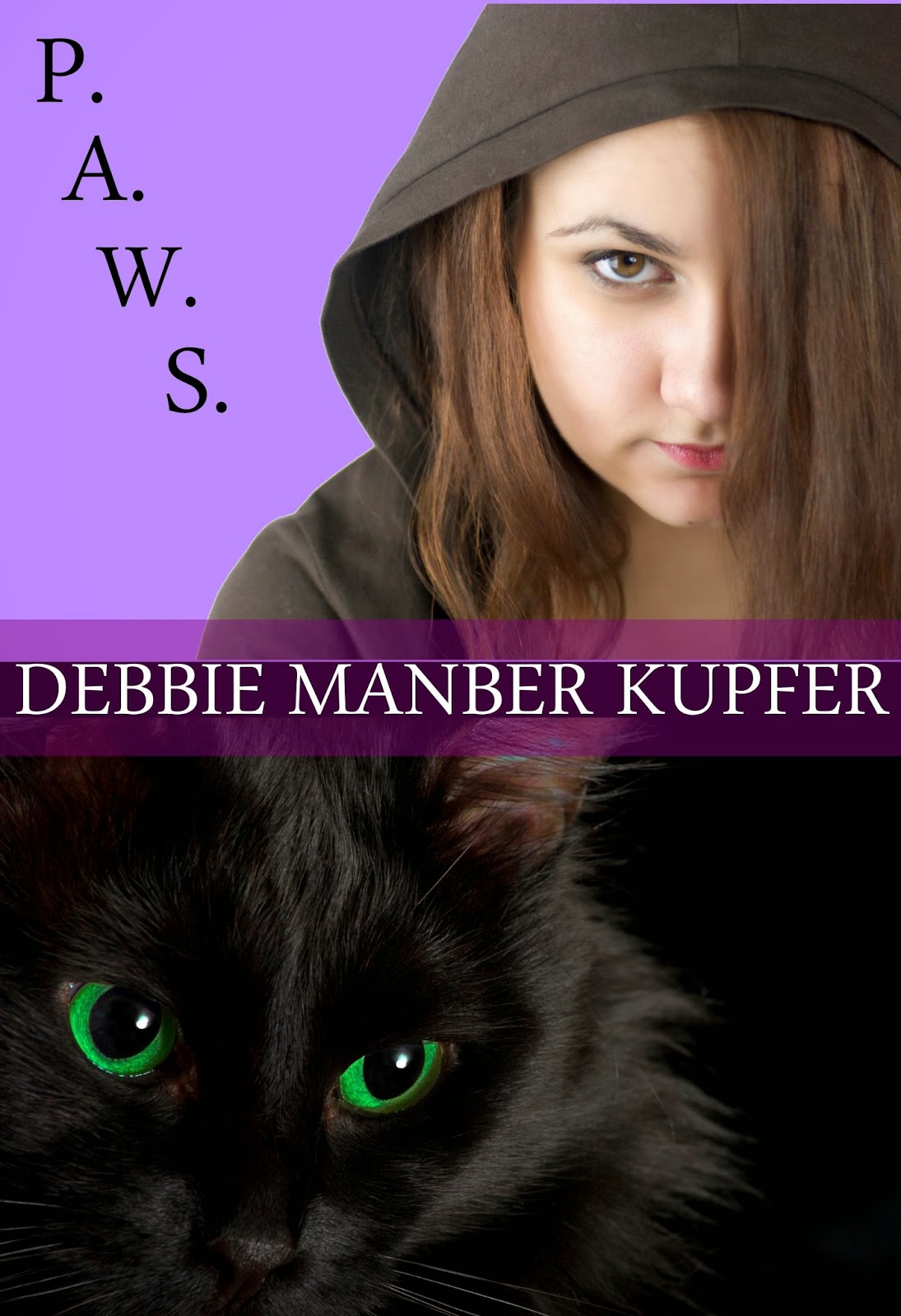 Excerpt:
Out of the darkness came a face more terrible than any Miri had ever seen before: huge fangs dripping with blood, eyes once blue, now glowing yellow and red, reflecting the blood that flowed all around them. Miri tried to scream, but nothing came from her lips. Echoing through her head was terrible laughter.
“You thought you were done with me, Miri, but I am immortal. I can never die. And now I am inside you! Thank you, Miri. Once, long ago, I gave you life and now you are returning the favor. How thoughtful of you! Oh, what fun we are going to have together. You have brought me into P.A.W.S.—exactly where I want to be.”

Debbie is currently working on book 3 in the series that tentatively is titled Maze of Shadows. Once more Miri is on the move and this time she is visiting Israel, to discover the secrets of her shapeshifter book that she has been told is linked to her silver cat charm.