Some photographs taken in the Lake District. England

I recently visited The English Lake District. Here are a few photographs I took while I was there. I hope you like them. 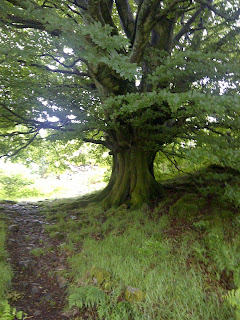 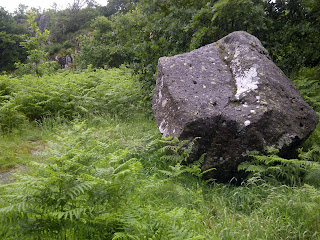 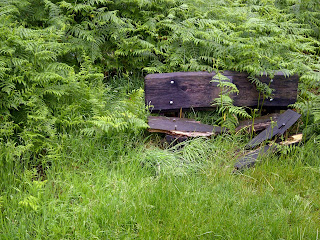 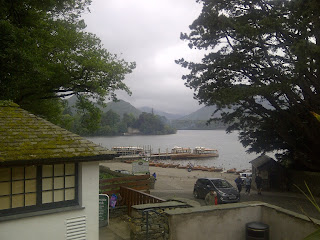 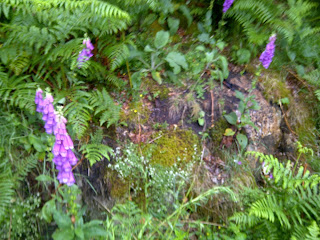 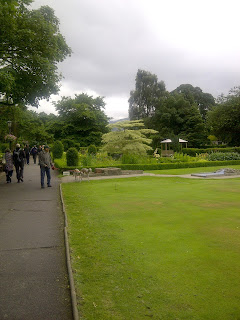 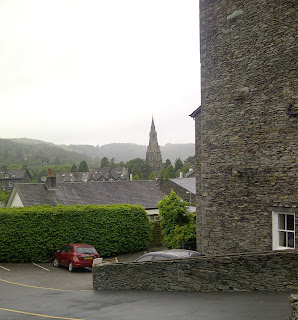 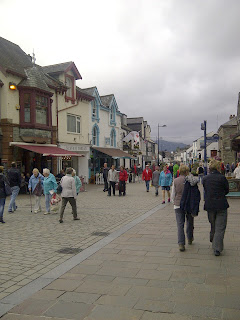 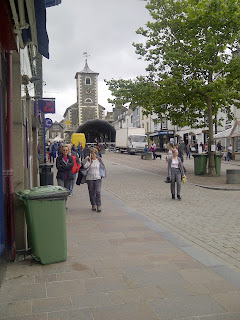 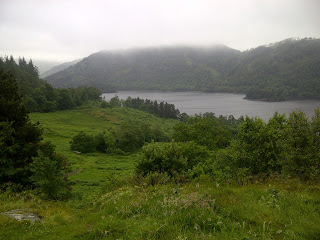 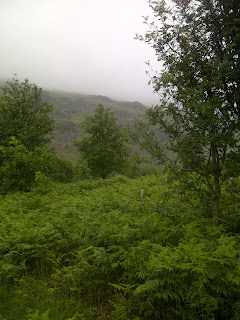 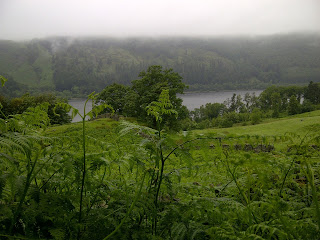 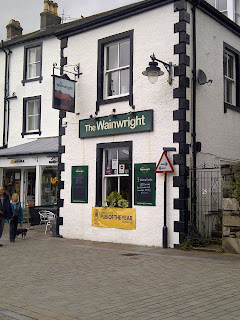 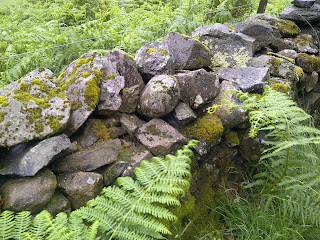 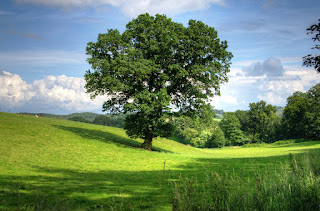 That misty isle across the sea
Will always be a home to me.
The cliffs of white that guard our shores,
The rolling Downs, the bleak, cold moors,
The skylark with his liquid song
Soaring high above the throng
Of hikers, picnickers and such,
Whose hearts he never fails to touch.

The little streams and brooks do run
Through woodlands, glistening in the sun.
The little fish are swimming here;
A kingfisher is always near.
A flash of blue above the stream,
A dive, then gone--that silver gleam
Of minnows. Gone to feed his brood
In holes, all waiting for their food.

I cities where the pigeons fly
The wind-blown litter flutters by.
The cars and buses, cycles too,
Line up at lights, forming a queue.
The city’s clamorous roar assaults
The ears, but never, ever halts.
The busy folk all rushing past
They never slow, time goes so fast.

The little market towns do snooze.
The slightest little thing is news.
In pretty villages with greens
Are cottages with oaken beams.
The church bells echo o’er the fields
Calling us with merry peals
As they have done for many a year
Bringing hope and lots of cheer.

This land does not a climate boast,
Just weather, blown from coast to coast.
All in one day this land can get
All four seasons, sun and wet.
Though no extremes do us attack
Do not go out without a mac
For rain can come at any time,
Though rarely with a gale force nine.

The English folk are stubborn, too
As we evinced in World War two.
We do not push, but stand in line
Waiting patiently 'til it’s time.
We do not wail and wave our arms,
For such behaviour has no charms.
But when we’re roused, then just watch out!
We’ll demonstrate, wave flags and shout.

And so my country is unique;
Its people are not really meek.
An upper lip that’s stiff conceals
A wicked humour that reveals
Our lack of deference for power,
Our love for bird and bee and flower.
Abroad may have its charms, it’s true
But England’s magic’s ever new.

How to rectify two simple things in Word.

There are two things that I want to tell you today. they are things that annoy me somewhat when I come across them. the first is how to create superscripts and subscripts.
So often I read 25C or H2O They are both wrong. The Celcius scale is measured in degrees, a small raised 'o'  and the formula for water needs the dropped 2 or it means, if it means anything, one atom of hydrogen and two of oxygen Which is an impossibility anyway.

(Unfortunately, Blogger does not seem to recognise the super- and sub-scripts. I originally gace examples of the correct use, but Blogger has reverted them to the non-super and subscripts so I had to remove them. Pointless in saying it's wrong, then the 'corrected' version still has them wrong!)

This is a very simple thing to rectify. Simply click on ‘format’ on the toolbar and click on Font.
You will get the following window opening. 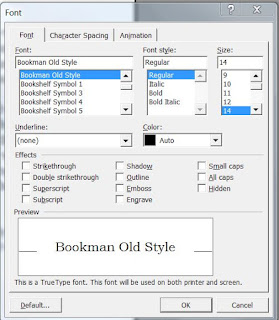 Check the superscript or subscript box, whichever you want and click OK. Then type what you want to be super- or subscripted. Go back to Format, then  Font and uncheck the box. Click OK and you’re ready to go.


The other thing that irritates me when reading is when there is an apostrophe at the beginning of a word. (such as ’till, an abbreviation of until) So often, this comes out as ‘till, which is. of course a quotation mark and not an apostrophe. What's more, it's a quotation mark with no closure.

In order to prevent this, I discovered a very simple way. You can fool Word into thinking it’s an apostrophe in the middle of a word by not pressing the space bar until after you’ve typed the two words.

Then you simple go back and put in the space. Word will then keep the apostrophe the right way round.

Wait here ’till I arrive.

Both quite simple really, but are usually done wrongly, either because the writer knows no better, or through ignorance of the means to correct it.
Posted by V.M.Sang at 00:00 No comments: 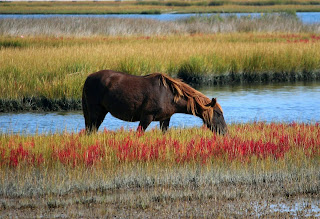 Kimi woke to hear sounds of horses whinneying. A gate creaked and then she heard galloping hooves. She quickly jumped from her bed and went to the window of her small bedroom. There, in the darkness, she could just make out a herd of horses disappearing across the plains.

She ran to her parent's bedroom and woke them.

'The horses have been stolen,' she called as she turned to her brothers' bedroom.

Her father leaped out of bed and ran to his window. This looked out over the back of the ranch where there were two corralls of some of the best horses on Vimar. He saw that these had not been touched, but these were not his best animals. The one Kimi's room overlooked held those.

'Are you sure, Kimi?' he called to her as she woke her two brothers. He knew she would not have made such a mistake, but he felt he had to ask.

The girl came out of her brothers' room, followed by the young men,Yeldin and Olias. The boys were older than their sister, Yeldin being the elder at almost twenty, and Olias was eighteen. Kimi would be seventeen at her next birthday in two months' time.

'Of course I'm sure,' she said. 'I heard the gate creak, then galloping. I looked and saw them galloping off over the plains.'

Olias looked at his sister. 'Are you sure they didn't just jump the gate, or otherwise break it themselves. Did you see anyone?'

Kimi looked at her brother and sighed.

'I'm not an imbecile, Oli,' she told him. 'The gate was open. Unless the horses have now developed a way of opening the gate, someone did it for them.'

'The Tribes,' said her father, pulling on his trousers as he came out of the room he shared with his wife. 'It must be one of the Tribes. Thieving scum that they are.'

The family was one of a number of settled folk living close to The Barrier, the range of mountains that cut off the Western Plains from the rest of the continent of Khalram.

Once they had been of the Tribes themselves, following the herds of wild horses that roamed the plains Several generations ago, some of the people had decided they could rear better horses if they had more control and so they settled in one place. There had been enmity between the Tribes and Settlers ever since.

Kimi looked hard at her father.

'Not all the Tribes are thieves, Dad,' she told him. 'Some are, yes. They are jealous of the progress we've made in breeding, but not all of them.'

'A Tribe member is always a thief,' replied her father in a tone that said he could not be convinced otherwise. 'Get dressed quickly, pick up your weapons and come with me. We've some horses to get back.'
Soon, Kimi and her brothers were cantering westwards after their animals, alongside their parents. All carried bows, and the men were also armed with knives. The tracks were easy to follow. The thieves had taken around twenty of the family's best animals and they left plenty of signs of their passing.

Then the tracks split into three. Kimi's father pulled his horse to a halt.

'They want to confuse us so we don't know which way to go,' he said. 'We'll need to split up to find them.'

Kimi's mother pulled her horse nearer to her husband.

'Do you think it's a good idea to split?' she asked him. 'We've no idea how many there are. It might be that there are too many for a couple of us to take on alone. Perhaps we should just go after one group and get those horses back. At least we would have some of our stock.'

'These are our best animals,' said Kimi's father. 'We need to get them all back. If we allow the thieves to gain even one, they'll spread the word that we're easy and keep coming back till we've no horses at all.'

The argument went on until Kimi, ever practical, pointed out that while they were arguing, the horses were getting further away. They took a vote, and all voted with their father and so the group split into three.

Kimi found herself with her elder brother, Yeldin. They followed one set of tracks to the south west.

'Any idea how many are in this lot?' he asked her. Kimi was a good tracker and she descended from her horse and studied the tracks.

'I'd say there are nine horses here, but how many are ours and how many are being ridden by the thieves I couldn't say.'

They had ridden for several miles when they spotted dust on the horizon.'

'There they are,' called Yeldin from ahead. 'I'll circle round from the east and you approach from the west.'

Kimi pulled her pieballed horse round and galloped of in a westerly direction. She had her bow ready to fire at any enemy who approached, but she was not prepared for the five warriors who came from out of a stand of trees and surrounded her. They quickly pulled her from her horse and bound her hands and feet, then put her back across her horse so she could only see the ground below as they cantered southwards towards their camp.


What will happen to Kimi? Will she be able to escape? Find out next month.
Posted by V.M.Sang at 00:00 No comments: