I have at various times in my life, written poetry and I have decided to do so again. Much of my previous stuff has been lost so I am starting again. Here is one that I've just written. Hope you like it.

Dandelions, like gold, cover the meadows.
Newborn lambs frolic in fields.
New leaves on the trees are casting their shadows
And winter’s cold grip quickly yields.

At the edges of woodland the primroses glow
And cowslips their scent fills the air.
Anemones dance when the breezes do blow
And birds sing with never a care.

Then bluebells and campions come into bloom
Their colour the blue of the sea.
The cuckoo, that herald of spring, will come soon
His call echoing over the lea.

The song of the blackbird is like molten gold.
His notes are so pure and so clear.
Hearing him seems to banish the cold
And brings joy to all those who hear.

Robin is nesting, and other birds too,
The hedgehog is active once more.
The young of the deer and the badger and shrew
Play their games as in old days of yore.

The sun climbs higher and higher each day
Giving more of his heat and his light.
It sparkles like stars fallen into the bay.
All smile at the beautiful sight.

Hope and excitement come every spring morn.
What blessings will come with this day?
New starts can begin once again with each dawn
And send us all hopeful away.

Here is the next extract from The Wolf Pack.

I apologise for not having been around for a while. I have just come back from a holiday in France and Spain.

An excellent holiday. On the way down we stayed in Parthenay in France with a friend. Parthenay is a very nice town and the friend has a house in the medieval quarter. The houses there are all timbered and very attractive. It is even better now because the council has stopped parking on the street and so it is safer to walk and looks much more attractive without modern cars cluttering up the medieval streets.

The town is built on a hill and many of the houses have caves for wine storage cut into the hill at the back. I suppose in the meieval times, they could also be used to store perishable foods too.

Many of the houses have interconnecting doors. The area was a protestant one in the past, and during the times of conflict between the Catholics and Protestants, the doors were used for people to run through the houses to escape the catholic soldiers who came to persecute them. There are also little windows about 20cm wide and 30cm deep in the walls that people could peep through to see the soldiers coming without being seen themselves, and thus run through the houses to escape. 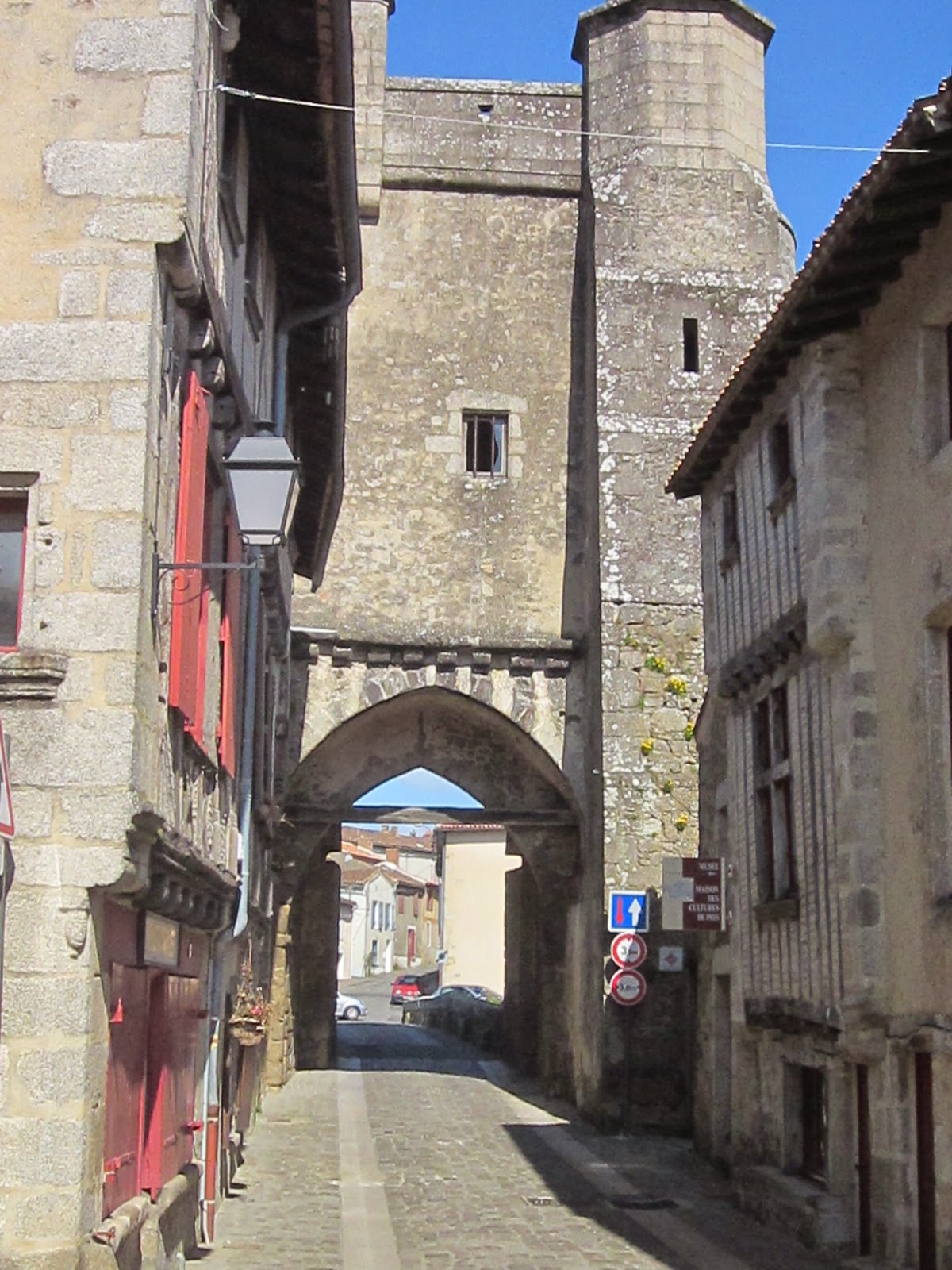 Here are a few images of Parthenay. 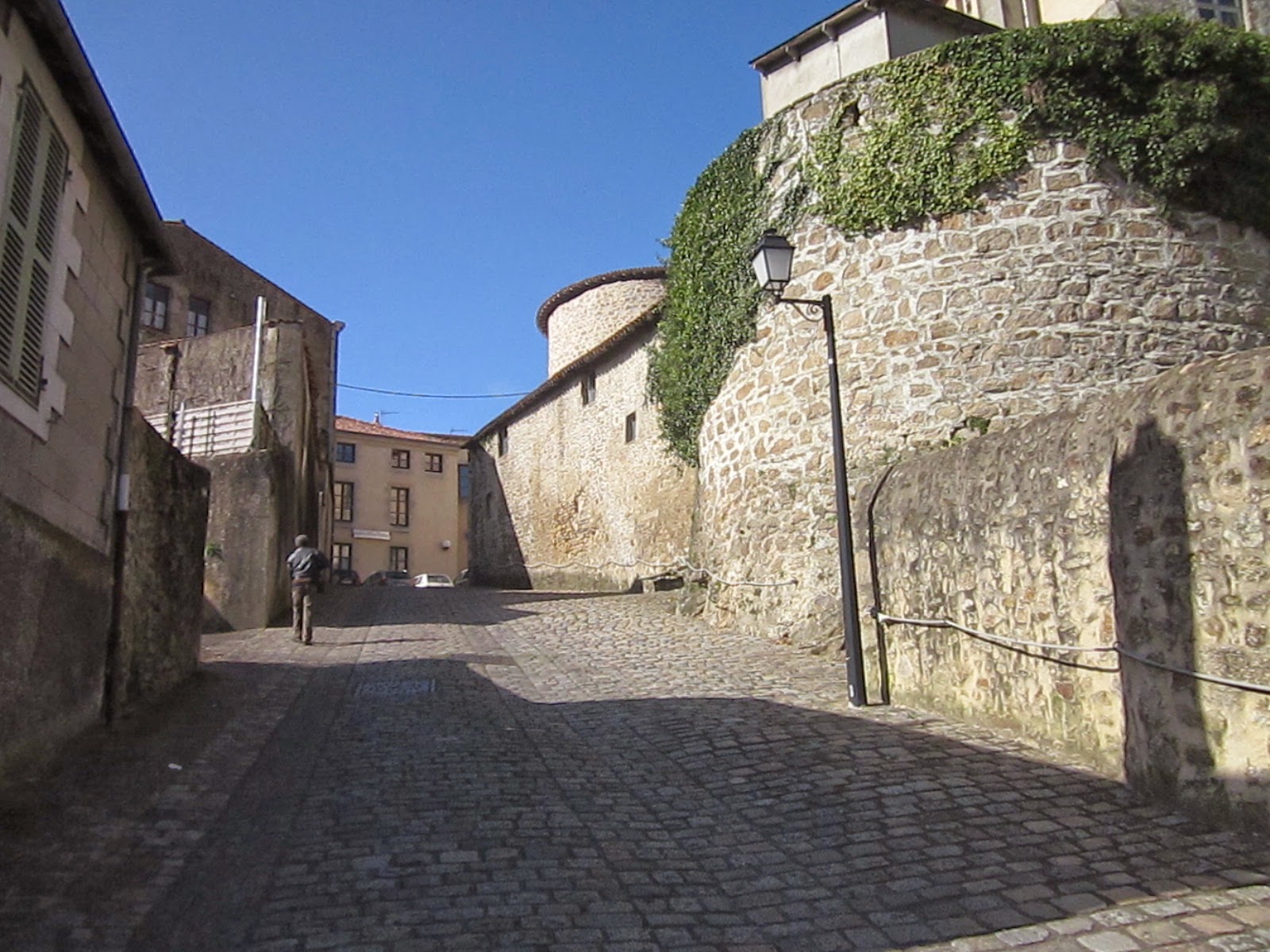 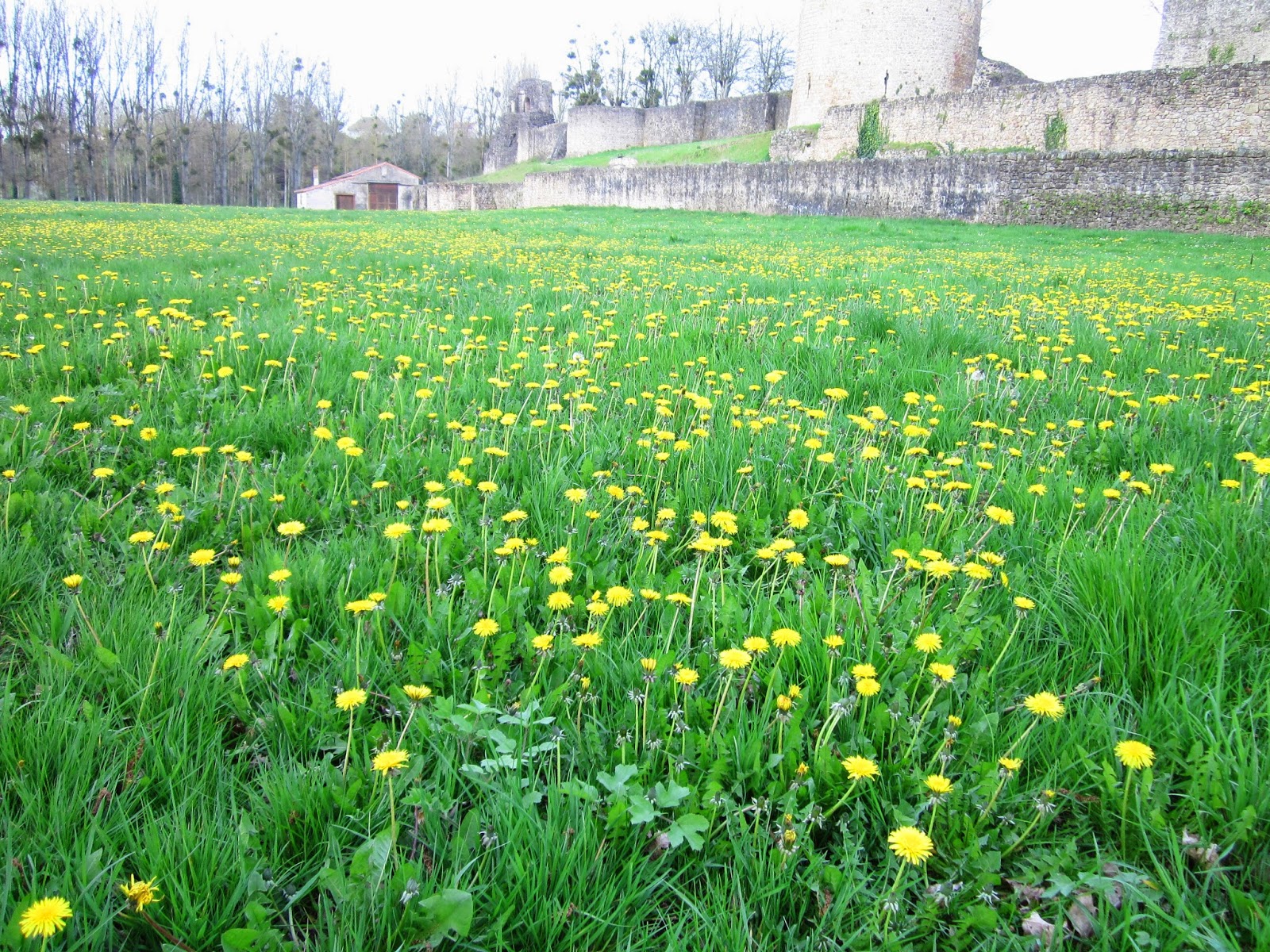 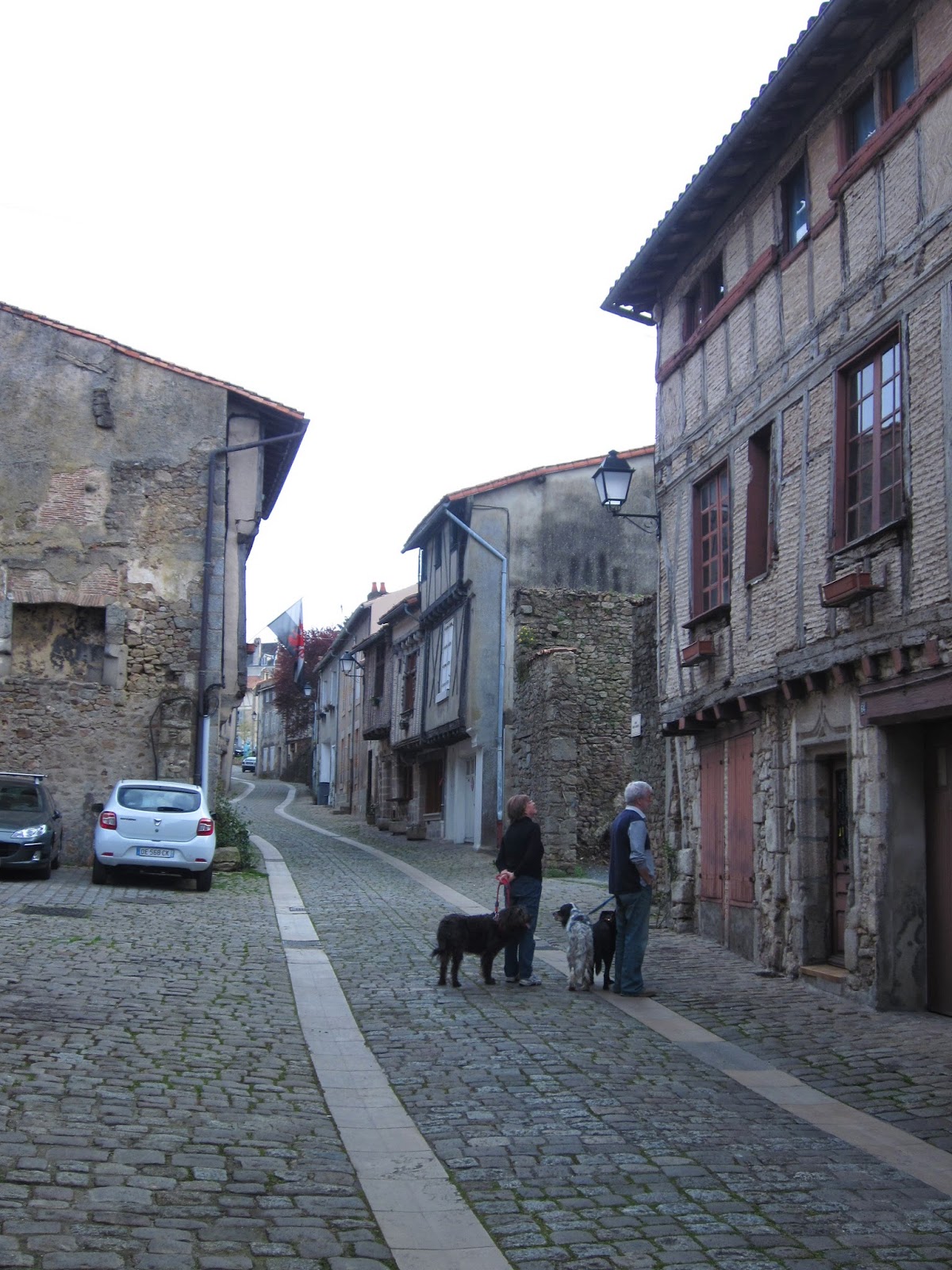 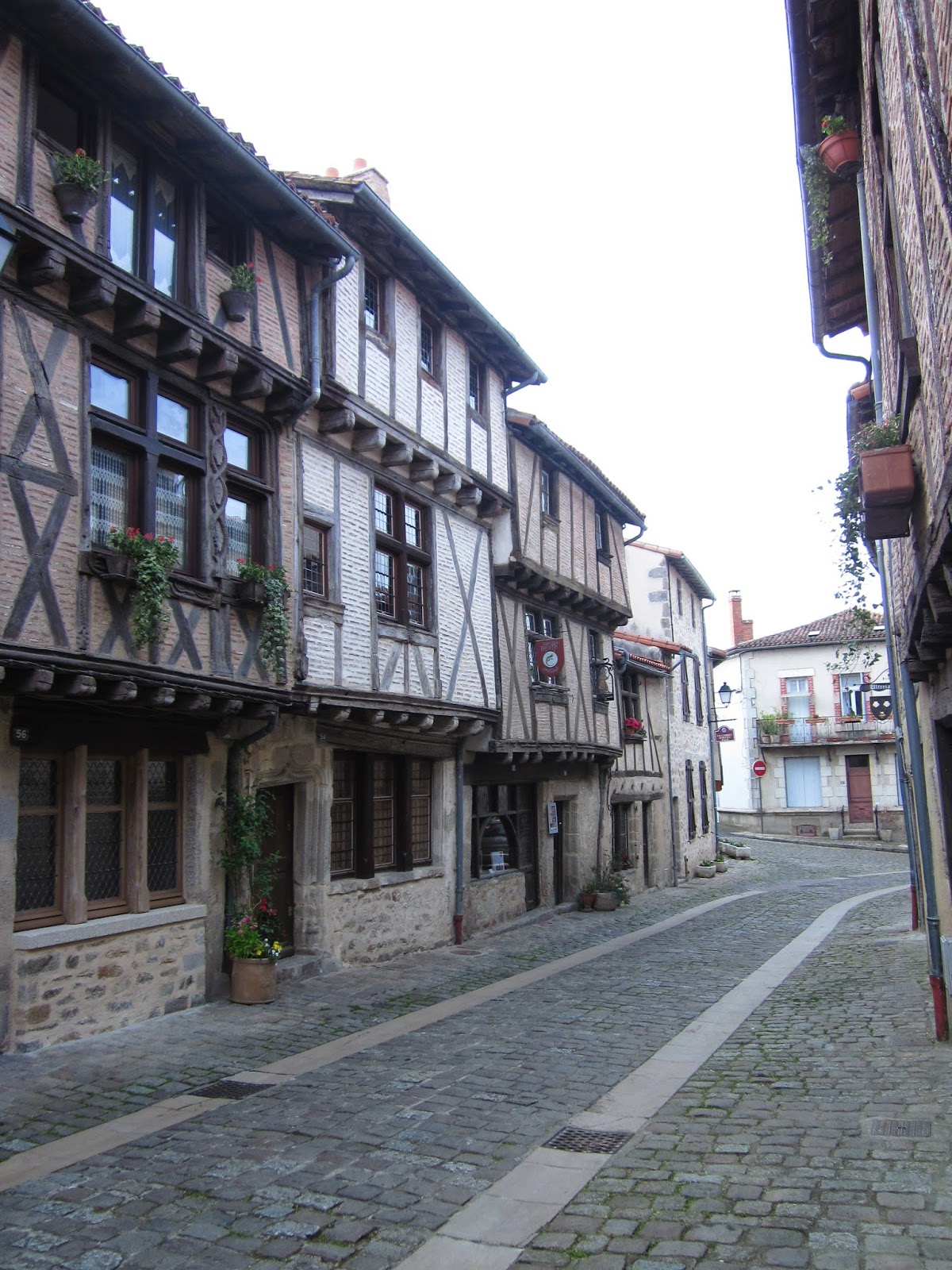 From Parthenay we went to Salamanca.  I will describe that city in a further blog.

I am going to add another extract from the Wolf Pack later this week, so if you have been following it, look out for that.
Posted by V.M.Sang at 07:48 No comments: