What made me think of this was something I was reading in a book called 'Proust and the Squid' about how we learn to read. It told of monkeys that, when danger was spotted, used a particular call for a leopard and a different one for an eagle, the two main predators. They had also combined the two to mean 'get out of here fast.'
If the sounds are made exclusively for those things, and as I read it, they are, then are they not 'words'?

What is talking?
Talking is using words in order to express a meaning.

What is a word?
A word is a sound, or combination of sounds assigned to a particular thing. 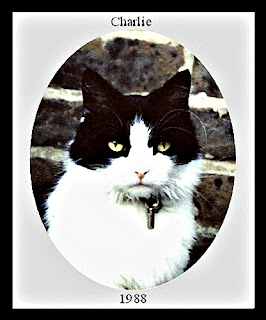 Having set that out I will state that in my opinion, animals can and do talk. Just because they do not talk in such a complicated way as we do does not mean they are not talking.

Take birds, for example. Birds sing. Some birds have songs that are beautifully melodic and musical. The British robin for example. He isn't just singing because at long last winter is over and it's a nice sunny day, so he feels happy. No, he's saying to all other male robins 'I'm here and this is my patch, so stay away.' 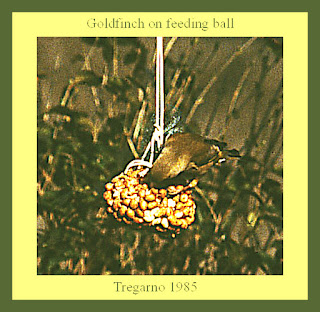 At the same time, he's advertising to all female robins that he is a good catch. Songbirds emit up to 20 different sounds that tell of fear, hunger or alarm and warnings to fledgelings. (The Free Dictionary.com)

OK, so perhaps that is communicating and not talking. After all, we communicate an awful lot without saying a word, so let's look a little deeper.

Anyone who has a cat or a dog can usually catch on pretty quickly what their various sounds mean. One meow for 'I'm hungry', and a different one for 'Let me out, I need a pee.' If your cat always makes the same sound for the same thing, is that not what a word is?

I have no idea what all the sounds made by Herring gulls mean, but they have such a wide variety that I would like to find out if they use them for particular things. I do know that young herring gulls make a little squeaking noise to beg for food from their parents. Is this a 'word' meaning 'food' or 'I'm hungry'? It's not used at any other time as far as I am aware.

An article in 'Dr Goodword's Office' on 'Can Chimpanzees Speak' (Alphadictionary.com) decides they cannot. It states that chimpanzees that learned to sign cannot form complex sentences. they would say 'Give John Banana' or, 'Car hit man.' The writer states that these are not truly speech because there are no morphemes (-ing, -ed, at, I, she etc). I hesitate to disagree with the writer, but I am going to anyway. The chimpanzee is communicating its desires or information using, in this case, signs and not sounds, but I would say it's talking. Anyway, if using signs isn't talking, I think a lot of deaf people will be very upset.

OK, I'll admit that animals can't hold conversations in the way we understand them, nor express complex ideas, but they do talk to each other using 'words' and we are being rather superior in thinking they can't talk. Dr Goodword's Office seems to have the definition of speech as a rather complex achievement, involving sentence structure and all parts of speech.

Your cat 'tells' you what she wants by her meow. The pygmy sloth 'tells' all around he's feeling randy by a particular call. (I heard that one on the Radio 4 the other day.) The young herring gull 'tells' its parent it wants food by squeaking. If these sounds are used specifically for that particular thing, then it fits the definition I made above of what a word is.

I think it all depends on your definition of talking, and there may be a difference in speech and talk. Perhaps animals can talk, but what they say is not speech.

My conclusion? Animals can talk (but your cat will never make a speech).
Posted by V.M.Sang at 00:00 No comments:

A most useful post for all writers of fiction.

via How to Write Better Stories
Posted by V.M.Sang at 00:00 No comments:

Email ThisBlogThis!Share to TwitterShare to FacebookShare to Pinterest
Labels: writing

On Saturday and Sunday only, The Wolf Pack is on special offer. To get your copy for only 0.99 (£, $ or euros), follow this link.
http://mybook.to/thewolfpack
Posted by V.M.Sang at 10:30 No comments:

Clancy Tucker's Blog: 16 May 2018 - TIPS FOR EMERGING AUTHORS: TIPS FOR  EMERGING AUTHORS G'day folks, I may have posted these before but they are  worth re-reading. ...
Posted by V.M.Sang at 08:23 No comments:


May I first apologise for not posting last week, but I was on holiday. Here's a post about a revolt against the Romans that indirectly started the events in Vengeance of a Slave. 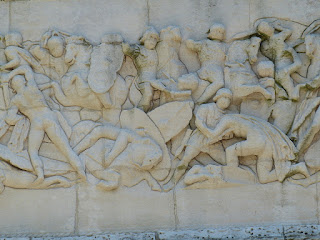 This rebellion took place between the years 69 and 70 CE. The Batavi was a small tribe living in Germania Inferior, near the Rhine delta. They sent some conscripts to Rome, who became what was known as The Germanic Bodyguard and were personal guards of the emperor. When they revolted, they were joined by other tribes in the area as well as some Gallic tribes.

Julius Civilis was a Batavian prince. He was also a Roman citizen and a prefect in the Roman army. He was stationed in Britain, but when his legion returned to Germania, he and his brother were arrested on trumped up charges of treason. His brother was executed and Civilis, being a Roman citizen was taken to Rome to be tried by the emperor himself.

The emperor Nero had been becoming more and more despotic, and so Julius Vindex, the governor of Gaul, decided to try to do something about it. He found what he thought as a worthy successor in a man called Galba. He fomented a revolution, Galba became emperor and Nero committed suicide.

Galba disbanded the Germanic Bodyguard because he mistrusted them as they had been loyal to Nero. The Batavian people took this as an insult.

After the death of Nero, Rome was plunged into civil war. There followed what is known as the Year of the Four Emperors. Galba's deputy, Otho, overthrew him in a coup, then Vitellius prepared to take the Rhine legions to Rome to overthrow Otho. Once there, Vitellius released Civilis in order to gain his help. This Civilis did, and the Batavi joined the Rhine legions and overthrew Otho at the battle of Bedriacum.

After the battle, the Batavi were ordered to return home, but then Vespasian, commander of the forces in Syria, revolted. He was joined by the legions of the Danube.

Vitellius tried to conscript more than the agreed maximum number of conscripts from the Batavi. This, the brutality of the conscripting centurians and the sexual assaults on Batavian boys brought things to a head.

In the summer of 69, Civilis was commander of the Batavian troops in the Rhine regions. He persuaded the tribe known as Cananefates, to revolt and to attack a number of Roman forts.

This was a good time to do this since most of the troops were off fighting the civil war in Rome. The commander of the Rhine regions then sent troops to put down this rebellion, leaving the rest of the area vulnerable. Civilis and his men defeated the Romans near what is now Arnhem.

To deal with this insurrection, the commander sent two legions, V Alaudae and XV Primigenea to fight them. These legions included some Batavian cavalry, who defected to their countrymen during the battle and so the Romans lost after which the Batavians were promised independence.

Civilis wanted vengeance, however. He wanted to destroy the two legions. He besieged their camp. With the civil war in Rome, the Romans could do little about this. They did not have the troops to spare.

Then came the news of Vitellius's defeat. This had been helped by Civilis pinning down two legions, but his aim was not to help Vespasian. He launched an attack on Krefeld, sending his eight best cavalry troops. This time, the Roman army was successful, destroying all eight troops, but at great loss to themselves.

Civilis then lifted the siege, saying that the legions could have free passage providing they left everything behind for his men to loot. The two legions left with nothing, but a few kilometers away, they were ambushed and all of them destroyed.

Vespasian, once he had established himself on the throne, sent an enormous army to deal with Civilis and his rebels. On hearing of the approach of the army, one of Civilis's allies surrendered, but Civilis himself continued to fight.

He made a series of raids from land and from the river, once capturing a Roman flagship. The Romans then invaded Batavia and the revolt was over.

It is against this chaotic part of the Roman Empire that Vengeance of a Slave is set. Adelbehrt's father and some of the other villagers take the opportunity of a weakened army on the Rhine to raid across the river into the Roman lands. This leads to the terrible punishment of the men at the beginning of the book.

If you are interested in reading more about Adelbehrt and his sister Avelina, and how they come to be in Britannia, click on this link.
http://mybook.to/vengeanceofaslave/