Closing of this blog

I have been running this blog along with one on Wordpress for qite a long time. I have decided to close this blog as from now and only have the Wordpress one. I find it too time consuming to have 2 going at the same time.

If you wish to continue to see my posts, they will be on Wordpress. http://aspholessaria.wordpress.com.

The blog is called Dragons Rule OK. It is pretty much the same as this one.

Blood-Red Pencil: Writing Tips With a Touch of Snark

Blood-Red Pencil: Writing Tips With a Touch of Snark: Okay Dearies, Style Maven
Posted by V.M.Sang at 00:00 No comments: 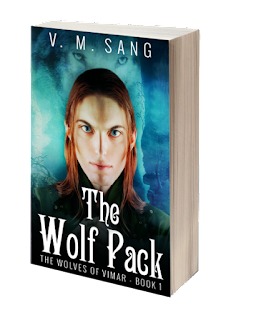 Carthinal spent the next few weeks learning the language of the underworld. The Rooster would not allow him to leave the headquarters until he was reasonably proficient. He must be able to talk with other members of the gang without the Guard understanding.

One day, after he had been with The Beasts for six months, The Rooster called to him. “Fox, you go with Wren. There’ll be lots of punters out in the market. She’ll pick a pocket, then pass it to you. You leave in th’ opposite direction an’ come back ’ere. Don’t run. That’d raise suspicions.”

Carthinal grinned. At last The Rooster trusted him to do a job. His eyes glowed with a seeming inner light, and he jigged on the spot.

“Fox,” The Rooster called as they passed him. “Cover yer ’ead. Yer auburn ’air is too distinctive. Can’t do anything ’bout those eyes, but don’t look straight at anyone. No one else ’as eyes that dark blue.”

Carthinal nodded as he pulled a hood over his hair, and left in the company of The Wren.

The Wren had brown hair and eyes, and was of small stature. They walked to the market, but as soon as they entered The Wren whispered to Carthinal.

“We separate here. Keep me in sight. When you see me bump into a punter, come to me. Don’t stop. I’ll put the stuff into your hand. Keep on going and don’t look at me.”

Carthinal mingled with the crowds, pretending to look at the goods in the market, but always keeping The Wren in sight. She passed many people, and Carthinal wondered how she chose her victim. He saw her stumble and bump into a rich-looking woman.

He walked quickly towards her and heard her say. “I’m sorry ma’am. Caught me foot on summat.” She looked down as if to search for what had tripped her.

Carthinal walked by, close to the woman and The Wren, and felt her hand touch his. He gripped something and continued walking, After a few yards he turned in the direction of the gang headquarters.

“Well done. You’re a natural.” The Wren caught him up.

Carthinal grinned at her. “I did alright, then?”

“Very good for a first time. In fact, I’ve had buddies worse than that after years of practice.”

Carthinal puffed his chest out. He would make sure he was the best in the gang.

The Rooster patted them both on the back. “Looks like you’ll make a good pair. A good haul here, too. There’s even an emperor in the purse.”

He held up a large coin made of platinum. “A few copper royals, ten silver crowns, and three gold monarchs as well.” He grinned and then sent them to get some food at the opposite end of the large room.

Carthinal had been sharing a room with The Cat who hoped to be a cat burglar and had begun his training. Soon, Carthinal and he became firm friends.

“What do you want to do, here?” queried The Cat one day.

“How do you fancy being a burglar? Lots of excitement.”
“No, that doesn’t appeal to me, really.”

“Y’ could be a pick-pocket, like The Wren, or The Rooster could set yer up in a shop in town, an’ you could be a fence.” The Cat’s gaze scanned Carthinal from head to foot. “I don’t think you’d be very good as security, though. We need people built like The Bull for that. Then there’re th’ beggars. They play on people’s sympathy. Usually with an injury or summat. You ain’t got no injury, but you’re pretty enough to make punters feel sorry for yer.”

“I’ve not thought about it, Cat. I suppose I should, really."

It was decided for him, eventually.

The Rooster called him one day. “Fox, yer must earn yer keep. We ain’t a charity. Go over to The Snake and say I told ’im ter teach you ‘ow ter pick a pocket.”

Carthinal began to learn the art of picking pockets under The Snake’s tutelage. The Snake, as his name implies, was a slippery customer. He was tall and slender with thin, brown hair and green eyes.

“I ’ave a pouch in me pocket. I’m gonna walk over there.” He pointed to the opposite side of the room. I want yer t’ get it out of me pocket. Dunna worry ’bout me feelin’ yer at th’ moment Just get it.”

This Carthinal did, In spite of what The Snake said, he tried to get it without the young man feeling him.

“Not bad. Yer technique’s not quite right, but we’ll work on that. Yer did well for a first time.”

So it went on over the next few months. Carthinal became better at picking pockets, until eventually, he was allowed to go out with The Wren again, this time to be the ‘dip’ while she received his stolen goods.

They came to the market, and Carthinal sighted a man with a bulging pocket. He stealthily walked towards him, looking the other way. Then he stumbled and bumped into the man, reaching quickly into his pocket and extracting a full purse. The Wren walked past as if she were looking at the stall, and Carthinal pressed the purse into her hand and walked away in the opposite direction.

The victim put his hand to his pocket to get his money to pay for a purchase. “Hey, I’ve been robbed.” He scanned the marketplace. Turning to the man next to him he said, “Did you see anything?”

The man shook his head.

Carthinal looked back and saw this exchange, but continued wending his way towards the gang’s headquarters. No one noticed the boy weaving between them, but concentrated on what went on at the stall, where the victim stridently called for the guard.

Back at the headquarters, The Wren handed the pouch over to The Rooster.

“Well done, the pair of you. Fox, you’re proving yourself a handy pickpocket."


So Carthinal has become a pickpocket. How will he get on stealing, given his background?
Find out on the first Tuesday of next month.

If you want to find out more about Carthinal and his later adventures, read The Wolf Pack, Book 1 of The Wolves of Vimar series. You can get it by clicking on the title of the book and you will be taken to Amazon in your own country. The book is available in ebook and paperback formats.

please leave a comment on the comments box. I love hearing from you.
Posted by V.M.Sang at 00:00 No comments: