I've just come back from a holiday in France where I visited some places I'd not heard of before. Here are some of the photos I took of these places. They are lovely towns no one knows about.
Kortrijk 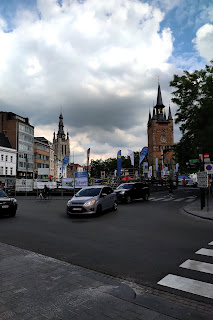 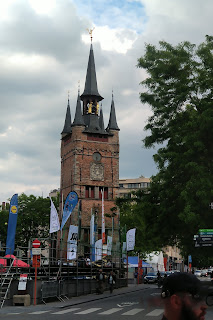 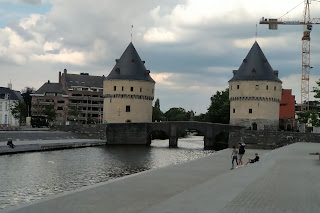 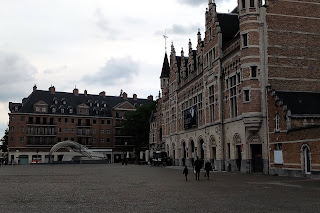 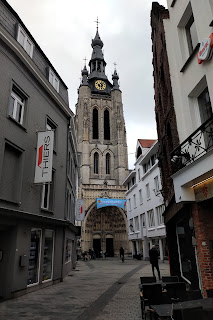 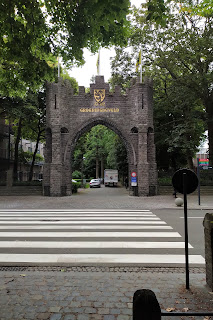 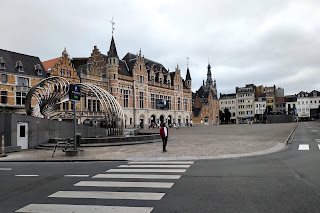 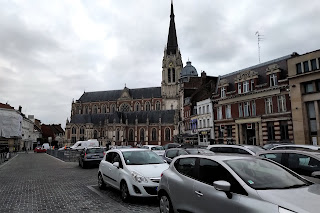 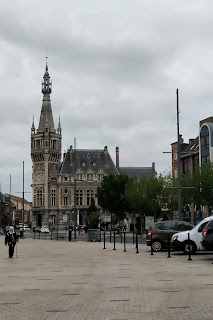 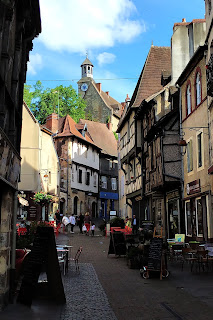 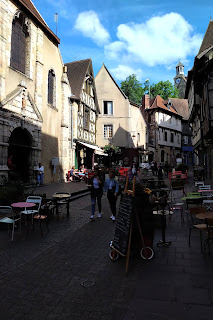 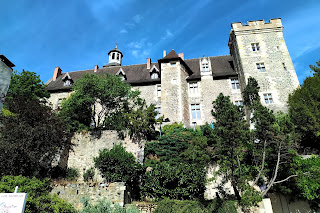 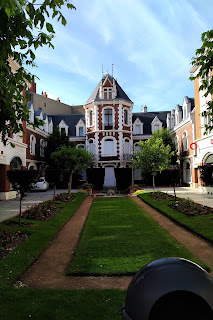 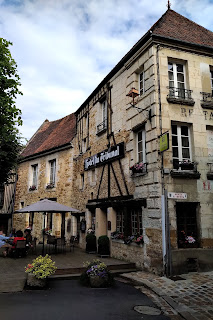 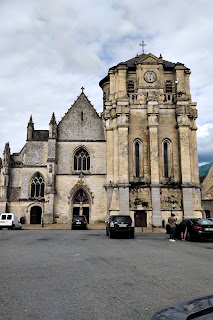 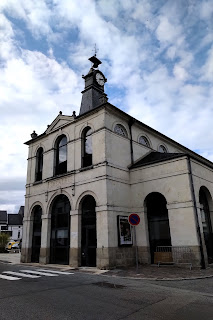 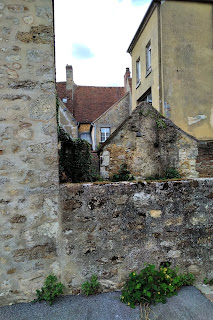 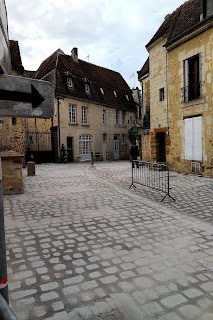 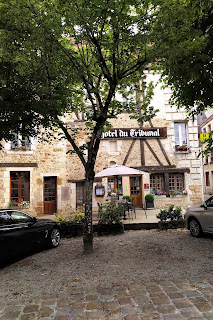 I think France is a beautiful country and it has some hidden gems as these photos prove.
What do you think about these unknown places? Add your comments in the comments box.
Posted by V.M.Sang at 00:00 No comments:

I heard a programme on the radio yesterday. It was about domestic abuse. Specifically, coercive control. It got me thinking.

Why do men (it’s usually men, although not exclusively, I admit) think they have the right to control their partners or spouses?

Well, I think that it’s because these people consider themselves to be superior and ‘know what’s right’, as well, of course, wanting power over someone. But you can only get power over someone whom you think is inferior to you.

How has this come about? And how can we change attitudes?

This is not an easy thing, but there is one thing that, I think, adds to the problem, and that is exclusive language.

If we consider the animal kingdom, often we refer to a species by a name that is the name of one gender or the other. Cow, Goose, Hen, duck, dog etc. We say to our children ‘Let’s go and feed the ducks.’ Or ‘Look at those cows in that field.’

We call these creatures by the name of the gender that is most useful to us. Hens lay eggs. Cockerels don’t. Cows give us milk from which we make butter, and cheese. Bulls don’t. Ducks and geese lay eggs. Drakes and ganders don’t, and when I was growing up, a dog (male) was the preferred gender to have. And ‘bitch’ is a derogatory term, anyway, as are so many female names. (witch and cow, for example.) And if you want to insult a man, you can call him a bit of a ‘girl’ or ‘woman’.

In the north of England, a term of endearment is ‘duck’, but I think it has a certain condescention about it. Probably that’s just me, though.

Male names are often, or were in the past, used as praise. A very long time ago, the term ‘a gay dog’ meant that the man was a womanizer. But that was not considered too bad, really. In fact it was often said with some hint of approval. Yet if a woman did the same type of things, she was a ‘slag’.

The male names for animals applied to men do not have the same connotation. A stag party is a group of young men out to have a good time before a wedding. Stags are imposing beasts, strong and beautiful. Now think about the female version—hen party—. Hens are silly, fluttering and noisy clucking creatures. If you want to say someone is unpleasant, you can call them a bitch, or a cow. Even a mare is occasionally used. All names for the female animal.

Now what about the males. I've already talked about 'dog', but 'bull' isn't used derogatorily. It usually implies the man is strong, and stallion that he's good in bed, to be polite.

Now to language, which is what this post is all about. Here are some alternatives you can use in your writing (or even in your speech).

What do you think about inclusive language? Do you think it's important or just 'Political Correctness Gone Mad'? Let me know in the comments.

One day when Carthinal had been out all day, he returned to find the door locked against him. Gromblo Grimnor appeared when he knocked.

“Go away,” the lawyer said. “There’s nothing for you here. We don’t want beggars at the door.”

He crossed the road and stood looking at the house he had once called home. Some men came and erected a sign saying it was for sale. How could they sell his house without his permission? His grandfather left it to him in his will.

Carthinal sat on a wall to watch. As he watched, the staff who had served his grandparents left one by one. Some carried bags, others nothing. All turned to look back at the house as they trudged away. None saw the small auburn-haired lad sitting on the wall.

Eventually, when he had seen everyone leave except the lawyer, Carthinal turned away. Where should he go? He had no living relatives. Not here in Bluehaven, anyway. His father had been an elf and had relatives in the elven homeland of Rindisillaron, but he had no idea how to get there, nor how to find his paternal grandparents if he did manage it.

He ambled away, constantly turning to look toward the house. He had no idea where he was going, but staying there was pointless. His stomach rumbled. By now, the cook would have given him some honey cakes to assuage his hunger until it was time for the evening meal. His mouth felt dry, too.

He had a little money in his pocket and so he wended his way towards the market place where there would be stalls selling food. He did not know what his small amount of money would buy him. Although he was seventeen years old, being a half-elf, he developed slower than human children, and he looked and behaved more like an thirteen-year-old. People found it odd, and many thought he was mentally deficient, that a seventeen-year-old should look and behave as if he were only thirteen.

Sixteen was the legal age of majority in Grosmer, but Carthinal did not feel grown up. No one really knew when he would be able to take on the responsibilities of an adult. Elves were twenty five before they became officially adults, but a half-elf—well, no one knew.
Carthinal arrived at the market. Taking a few coins from his pocket, he wandered past the stalls looking for something he could afford.

He stopped by a stall. “How much are your small pies?”

“The very small ones are one royal,” the stall-holder replied, citing one of the copper coins.

“Please may I have one?”

The man smiled and passed a pie to the child. “Don’t spoil your evening meal with it, though, or your parents will be annoyed with me.

Carthinal’s indigo blue eyes filled with tears, and he turned away so the man would not see. He strolled to the park gates, munching on the pie. Where would he sleep tonight? Would it be safe to sleep outdoors? How cold would it be? All these questions passed through his mind as he finished the pie and brushed the crumbs off his tunic.

As the grandson of a prominent guild member in the town of Bluehaven, Carthinal had always been well-dressed. Today was no exception. He wore a dark green tunic over a lighter green shirt and brown trousers. The cut and the cloth marked him out as the child of a wealthy family. He had never known hardship in his entire life.

As he passed a fountain, he cupped his hands and picked up some of the water. When he had slaked his thirst, he entered the park gates. Fortunately it was summer, and so the night would be unlikely to be cold. Carthinal sat down on the grass to think.

The night began to fall and he fell asleep where he sat on a grassy bank, shaded by a large tree. He dreamed of his grandfather. They were in his grandfather’s office and the old man spoke to the child standing in front of him.

“Carthinal, remember this. Life isn’t always easy. You’ve been lucky in that you’ve never known hardship. The gods be praised you never will, but everything will not go smoothly, even so.” His grandfather sat on a chair in front of his desk and pulled Carthinal towards him, putting his arms around the child. “When you meet problems, always think them through. Take your time, and don’t try to rush things. If you do that, things will usually turn out right in the end.”

The sun woke Carthinal the next morning. He stretched , looking around and wondering where he was, and why he wasn’t in his bed. Then he remembered. He had no home now. His eyes began to fill with tears, but he brushed them away.

His stomach rumbled as he stood and made his way back to the marketplace. Here he bought some fruit for one royal and a small glass of goats’ milk for another.
The sun rose high in the sky and Carthinal returned to the park where he sat in the shade of a tall tree. This far south in the land of Grosmer, summers were hot, and soon the young lad began to feel thirsty. He stood and made his way back to the fountain where he drank some water. Then he wandered once more towards the market place.
At noon he bought some bread filled with chicken. He looked at the coins that were left in his hand. Only two royals. He could only get a couple more meals with them. What would he do then? He could get water to drink, but that wouldn’t help him beat off starvation.

He wandered the streets of Bluehaven all day until he found himself outside the offices belonging to the lawyer his grandfather had trusted with his will. He crossed the road and opened the door.

The young woman sitting at a desk looked up. “What do you want?” she snapped. “This is a lawyer’s office, not a child’s playground. Be off with you.”

The girl laughed. “And what business have you with a lawyer?”

“I want my home back.” Carthinal sat on a bench situated against a wall.

The woman laughed. “Seventeen? You look no more than thirteen. Be a good boy and go away. Find your friends and play.”
Can Carthinal get his home back? How has the lawyer managed to cheat the boy?
Find out on the first Tuesday of July.
Please leave a comment in the comments box and let me know what you think of this story. It's the backstory of Carthinal, who is one of the main characters in my Wolves of Vimar series. You can buy the first book, The Wolf Pack, on Amazon, is either an ebook or a 'real' book. Click here to go to Amazon where you are.
Posted by V.M.Sang at 00:00 2 comments: