I've been anxiously waiting for Renee Scattergood to release Part 3 of her Shadow Stalker books. I read Parts 1 and 2 and am anxious to find out what happens to Auren and to find out how she will defeat the evil Drevin.

Renee Scattergood is an excellent writer with a vivid imagination. Her world is well imagined and feels real. The books are original in their concept and well written.
As soon as this is posted I'm off to Amazon to get it! When I've read it I'll do a review here.

Crisalisk, The Red Dragon (a poem)

Today is the third Tuesday in the month, and so it's poetry day.

This poem is about a dragon who you can meet in my next book, yet to be published. Crisalisk and her mate Monarlisk are separated by Monarlisk losing a fight to another male dragon for the attentions of Crisalisk, but this poem refers to a time before that.

Her scales are the red
Of sunset in Autumn,
Her eyes are the gold
Of midsummer sun,
Her horns are as white
As snowfall in winter
And she dances on high
Like the birds do in spring.

Her beauty is evident
To all who do see her.
Her grace in the sky
Is a joy to behold.
With pinions spread wide
She dives then she soars
But beware, if she sees you,
Her flames she'll release.

She thinks she's the queen
Of all that surround her.
All other things living
Are there just to serve.
If any refuse her
She roars out her challenge
As Death on wide wings
Dives down from the skies.

But who is it comes
On black wings high soaring?
'Tis Monalisk who
Is her mate and her love.
For him she will bow down
Her arrogance dwindling
For he is her only
True love in the land.

This is a poem that has no rhymes. Poetry does not need to rhyme, but it has to have either rhyme or rhythm or it's just prose broken into lines.

Poetry nowadays seems to be that way, I've read many so-called poems that have neither rhyme nor rhythm. One had short lines, then suddenly a long line that took up 2 lines of text. Some of the poems I've read are incomprehesible too. I may be old fashioned in my ideas, but those things aren't poetry!
Posted by V.M.Sang at 00:00 No comments: 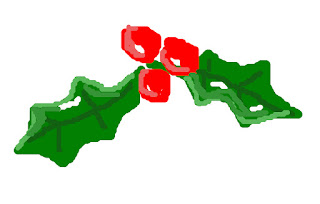 The strangest, in my opinion, are words ending in -ough.

No wonder foreigners have some difficulty with it, although (another one, similar to 'though', here) it seems they are able to manage quite well if the number of foreigners who speak the language extremely well is anything to go by.

I was in an Italian restaurant in Germany and was greatly amused to see the German waiter speaking to a French customer in English. This also happened when I was in Croatia. The Croatian receptionist spoke to a visitor I think was Russian in English. These strange inconsistencies seem not to faze them, even if they confuse some native speakers!
Posted by V.M.Sang at 00:00 No comments: 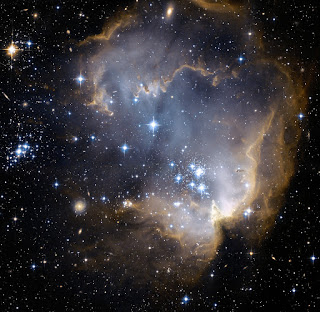 Today I learned that someone has given 2 of my books 5 stars on Goodreads.

The books are The Wolf Pack and The  Never-Dying Man, Parts 1 and 2 of The Wolves of Vimar Series.

At first they passed through the forest Asphodel knew. she had not been far away from Quantissarillishon, but had played in the forest around as she grew up. She knew the little streams and the tall trees. She could tell Vass which ones were the best to climb and which were almost impossible. She laughed as she pointed out one where Liss had got stuck when he climbed up too high. He was there for several hours until his father came and helped him down.

They held hands as they walked, and did not stop even to eat. Asphodel took out some food she had pilfered from her mother's pantry and they ate as they walked. Vass said they needed to get as far away as possible. Although Asphodel's parents were away for a few days, Vass was unsure how long Liss's parents would wait before becoming anxious. Certaily they would not worry until after nightfall, but would they be anxious then when he did not return for the night. He suspected they would. After all, he was their responsibility while staying with them.

The darkness began to creep in and Asphodel shivered.

'Are you cold?' asked Vass.

Asphodel shook her head. 'No, not really,' she told him. 'It's just that the forest seems different at night.'

'Haven't you been out in the forest at night before?'

'My parents are very protective. I'm a girl, after all, and not expected to go adventuring in the forest.'

Vass stopped in a clearing through which a little stream ran.

'We can stay here for the night,' he said. 'We'll need a fire, though. You get water from the stream while I gather wood.'

When Asphodel got back from the stream, she found Vass cutting the turf in the little clearing to make a circle.

'What are you doing?' she asked him.

'Preparing a hearth for our fire. We can't risk setting fire to the forest.'

Asphodel sat down and watched with interest. After cutting the turf and setting it aside to replace after they had finished with the fire, Vass picked up a stone from a pile he had collected. They were fairly large and he built a ring around the hearth.

He picked up some dry leaves and placed them in the centre of the hearth before laying some small twigs over the top or them. Once he had everything prepared, he took a small metal box from his pack. When he opened it, he removed, a piece of steel. and a small sharpened piece of flint which he struck against the steel. Inside the box was some tinder and when the sparks from the steel fell onto it, it began to smoulder. Vass then blew gently and, taking a wooden splint, he lit it and applied it to the dry leaves.

'Asphodel, can you blow gently on the leaves to get them burning while I put out the tinder in the tinderbox and pack it away?'

Asphodel was only too pleased to comply, and as the small twigs caught fire, she fed some slightly larger ones onto the fire. Vass took over then, gradually adding larger pieces of wood until he had a hearty blaze going.

'There, that should keep us safe tonight,' he said, sitting back on his heels. 'Wild animals won't come near fire.'

Asphodel looked around the clearing, fear showing in her eyes. She had not thought of wild animals, but of course, there would be bears, wolves and wild boar at the least. She realised how unprepared she was for t his adventure.

Vass smiled at her. 'They won't come near the fire, I promise you,' he repeated.

'What if the fire goes out while we're sleeping?'

'We must take it in turns to watch it. It's not like having a full night's sleep, and we'll be more tired tomorrow, but it's necessary. I'd let you sleep, but I need some too.'

He reached over and pulled her to him, kissing her passionately. Asphodel pulled away.

'Well, why are you pulling away?'

'Firstly, I'm a bit afraid. I've never...you know. Then, what if I become pregnant?'

Vass frowned. 'Surely you knew what would happen if you came away with me? I want us to be married, but there's no need to wait. We're not in Quantisarillishon now.'

'Oh, Vass, I'm worried about the pregnancy thing. I know elves expect youngsters to experiment, and it's not really frowned on, but illegitimacy is. We're expected to make sure we don't get pregnant.'

Vass lay down on his blankets and turned over. 'Take the first watch,' he snapped. 'I'll relieve you in a bit, and don't let the fire go out.'

Asphodel's eyes filled with tears that she quickly brushed away. She was not going to let Vass's anger upset her. This was their first quarrel, and undoubtedly they would have many more over their long lifetimes. She would get used to it, she determined, and not let it get to her.

After a while, she felt her eyes closing. She stood up and walked around the clearing, gathering some more wood to put on the fire as it seemed to her to be getting low. The walking cleared her head a little, and as she sat down again, Ullin, the silver moon, broke through the clouds above the clearing turning everything silvery. Asphodel smiled. Ullin was full, and seemed to be smiling.

He seems to approve of my running away with Vass, she thought.

Just then, Vass woke and told her to get some sleep. He would tend the fire now.

The next morning, when Asphodel woke, Vass was putting the fire out. He removed the stones by kicking them out of the way. They were still hot. Then Asphodel watched as he replaced the turf he had cut away. Soon it would be difficult to see anyone had lit a fire here.

Vass said little as they ate some stale bread and cheese, not as they walked hand in hand towards what they hoped was the Erian border.

'Vass, what's wrong?' Asphodel asked him after an hour of silent walking.

'I told you last night. I'm going mad being this near you all night and not being able to make love to you.'

Asphodel sighed. So he was still angry at that. She stopped walking and looked at him.

'You can wait, Vass, surely. We'll have all our lives to make love as much as we want once I can get herbs to stop pregnancy.'

Vass looked at her through narrowed eyes. 'Are you regretting coming away with me?'

Was she? She could turn back now. Perhaps her parents had not come home from Daisy's yet. and would not know of her escapade If they did know they would be angry, yes. Very angry. She would undoubtedly be punished severely, but they would forgive her. Frishillondor was not too bad. He was quite good looking for a man her father's age, and he seemed kind. She might get to love him, eventually.

Asphodel looked at him and her stomach did a somersault. This was the man she loved. She had every right to be with him.

'I left my home and family because I love you, Vass. I would go anywhere to be with you. I regret nothing.'

'Then why wait for us to make love? You know elves have few babies. We're not a very fertile species, unlike humans. It would be very unlikely you would become pregnant before we could get married.'

Her grey eyes took on a steely glint.

'Unlikely isn't impossible, Vass. My mother had two babies whereas most elves only have one. We are of House Royal, and you know there are twins in the Royal line. We are more fertile than most elves. I'm not risking it.'

Vass relapsed into silence and they continued walking. Then he suddenly turned to her and said,
'You are a most stubborn girl, Aspholessaria.' He softened his words with a smile and bent to kiss her gently.

Three days passed as they walked through the forest. There had been no sign of pursuit, nor any dangers from the denizens of the forest, either. Vass had been right about the fire keeping wild beasts away. After these three days, the trees thinned and then they met a track leading westwards. They followed it and soon saw smoke rising from chimneys in a small human village.

'We must be in Erian,' exclaimed Vass. 'At last. Now you can go and seek out those herbs you were talking about.'

'One track mind,' laughed Asphodel and she ran ahead into the village.